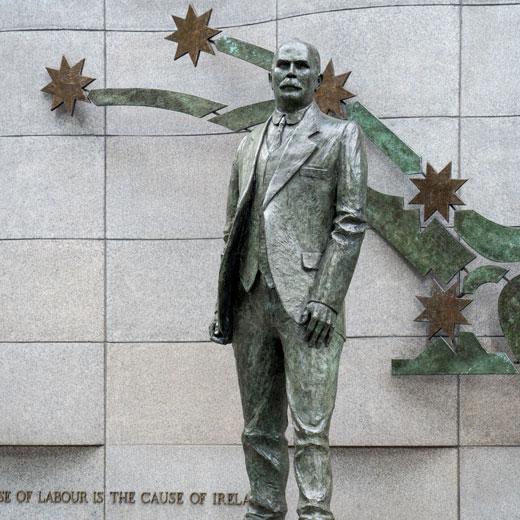 "It’s very unlikely there will ever be a statue of me in Dublin, so the closest I can come to that honour is to voice the statue of James Connolly, someone whom I very much admire.”

Revolutionary socialist, trade union leader, leading political theorist, author - James Connolly was many things in his lifetime. However, he is best remembered as the inspirational Commandant of the Dublin Brigade during the 1916 Easter Rising. Irish revolutionary leader Michael Collins said that he "would have followed him through hell".

The executions of the Easter Rising leaders - particularly Connolly's - deeply angered the majority of the Irish population, and were widely condemned in Britain and America. The rebels' actions, and the manner of their execution, helped gather support for Irish independence.