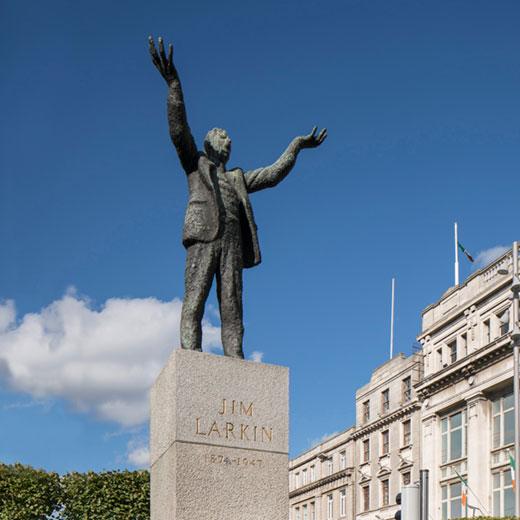 Standing well over six feet tall, trade union leader 'Big Jim' James Larkin was an imposing figure in more ways than one. He is perhaps best known today for his pivotal role in the 1913 Dublin Lockout, where he fought for the rights of unskilled workers to unionise, coining the phrase "A fair day's work for a fair day's pay".

Oisín Kelly's statue stands with arms outstretched, its pose taken from an iconic photograph of Larkin addressing a Dublin crowd in 1923. Completed in 1978, the statue's unveiling had to be delayed for a year until a piece of granite large enough for the plinth could be found!